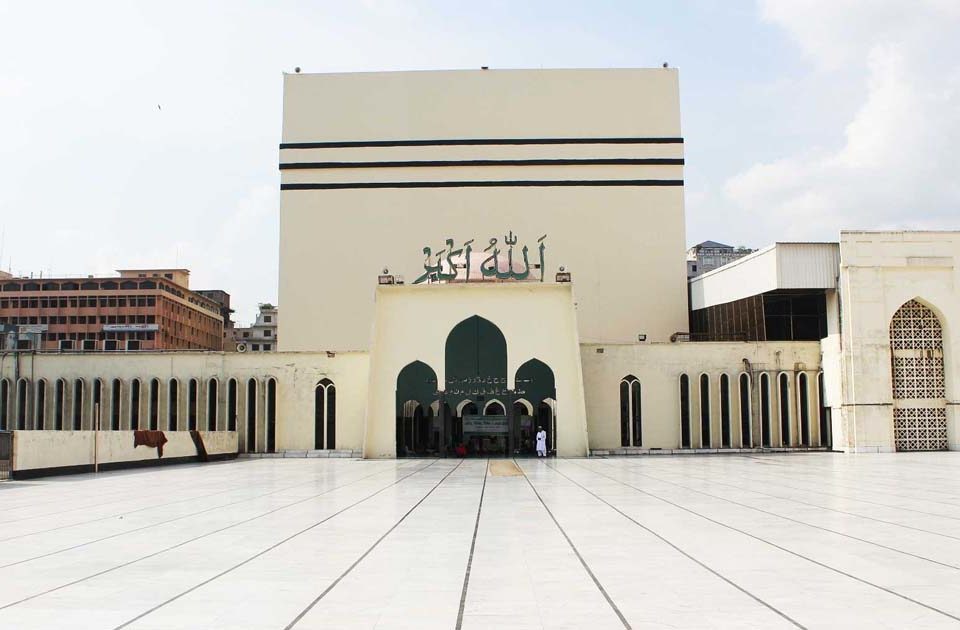 Baitul Mukarram  is the national mosque of Bangladesh. The mosque has a capacity of 30,000, giving it the respectable position of being the 10th biggest mosque in the world. The mosque has several modern architectural features whilst at the same time it preserves the traditional principles of Mughal architecture which has for some time been dominant in the Indian sub-continent.

Baitul Mukarram’s large cube shape was modeled to that of the Ka’abah at Mecca making it a noticeable structure being unlike any other mosque in Bangladesh.

The mosque complex was designed by architect, T Abdul Hussain Thariani. In 1959 ‘Baitul Mukarram mosque committee’ had been established and 8.30 acre of land between new Dhaka and old Dhaka had been chosen. At that time, there was a large pond in present mosque’s location. It was known as ‘Paltan pond’. The pond was filled up and in 27 January 1960. Pray for first time took place on Friday, 25th January, 1963.

The plan included shops, offices, libraries and parking areas within the complex. Though there has been a tradition of dome mosque for Muslim, this building did not maintain the rule of traditional mosque in that time. A Mosque without a dome over the roof of its main prayer hall must have been a unique experiment.