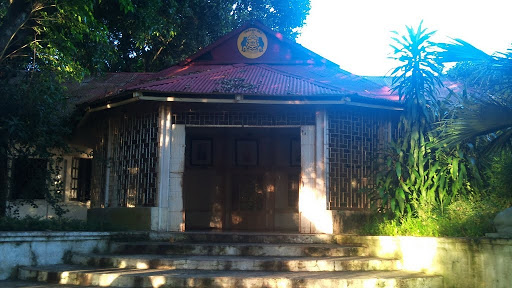 The Chakmas, the largest ethnic tribe in Bangladesh, have a long history. They were originally residents of upper Burma (now Myanmar) and had their own king. In 1418, Chakma King Mwun Tani was driven out of
his kingdom by the Arakanese king. The king entered Chattogram (Chittagong) with all his people. The Muslim ruler of Chattogram allowed them to settle at Alikadam on the bank of Matamuhuri River. Besides,
eleven other villages in Ramu and Teknaf were also given to them.

The Chakma kingdom was first established at Alikadam in Bandarban district in 1662. In 1737, a city was built at Rajanagar under Rangunia upazila, about 45 km from Chattogram city. Rajanagar served as the capital of the Kingdom for 137 years, from 1737-1874. In his book ‘Chakma Raj Bongsher Itihas’ (History of Chakma Dynasty), King Bhuban Mohan Ray mentions that the royal palace was relocated several times within the
Chittagong Hill Tracts between 19th and 20th centuries.

The first Chakma royal palace was constructed at Rajanagar by Raja Jan Box Khan between 1782 and 1787. It was rectangular, two-storied building. It had 10 rooms, including seven on the ground floor. The palace had
arched doors in each room, as well as flower and vine motifs on the wall. There was a Buddhist temple on the palace grounds, built by Queen Kalindi from 1844 to 1870. The Chakma capital was moved to Rangamati district by Raja Harish Chandra Roy in 1874. The royal palace at Rajanagar was abandoned and it gradually became dilapidated for lack of maintenance. Now, the entire palace complex is covered in moss and weeds and it is on the verge of destruction. Large cracks have developed on the walls and the roof has crumbled down completely.

The construction of the second royal palace was completed in 1914 at Rangamati by Raja Bhuvan Mohan Roy after 12 years of construction. The two-storied palace was situated on top of a hillock. But the palace was
submerged in the waters of Kaptai Lake in 1962. The artificial lake was created along the Karnaphuli River for the Kaptai Hydroelectric Project. The remains of the century-old second palace resurfaced in 1986 and then
again in 2006 in the Kaptai Lake as water levels fell drastically due to long drought. No steps have been taken for preservation of submerged royal palace. In 1962, another royal residence was constructed by Raja Tridiv Roy, father of the present king, Devasish Roy, at Rajdwip village in Rangamati. Unfortunately, the tin-roofed concrete house was severely damaged by a fire in 2010. Within an hour, many precious artifacts and historical documents were lost, including the irreplaceable ivory throne of Queen Kalindi.

The heritage value of these royal palaces is huge for the country. The authorities should come forward to protect and preserve these historic royal structures.