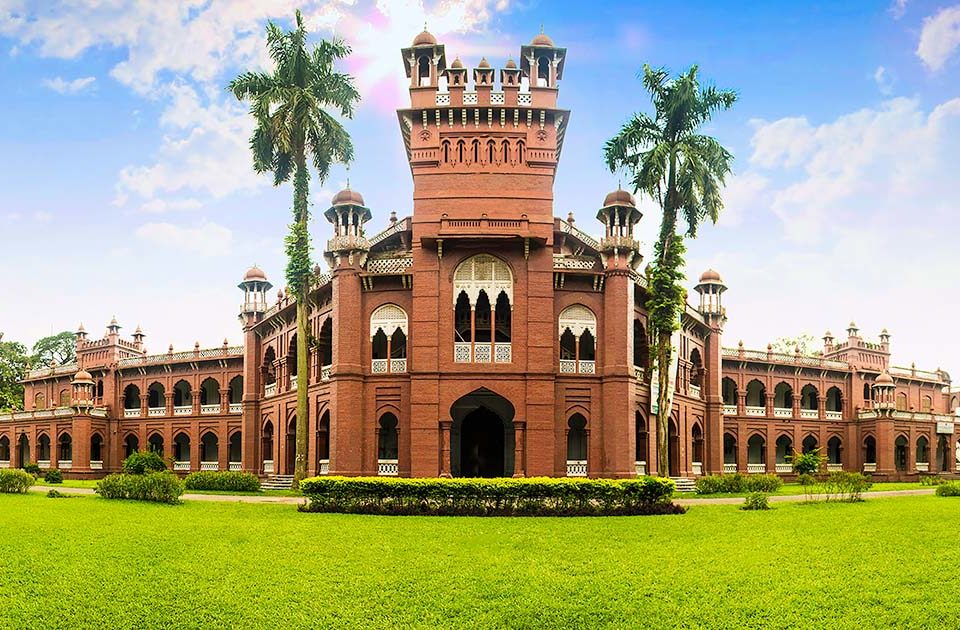 Curzon Hall, named after Lord Curzon (Viceroy and Governor-General of India, 1899 – 1905) who laid the foundation stone in 1904, was originally intended to be a town hall. Now, as part of the school of science of the University of Dhaka, it has become an emblem of educational tradition of Bangladesh due to its significance in education during the post-independence era of the country as well as afterwards.

Curzon Hall is a structure in Dhaka, Bangladesh, that has an extremely fascinating history. It was significant in many political battles and is today a vital part of traditional education. The University of Dhakahas a School of Science division, of which the Curzon Hall is a part thereof. Its massive structure stands as a monument to the heritage of education in the city. Thus a dream that did not come true for its creator became as important as its original purpose was meant to be. Visiting Curzon Hall is not only a journey into the past, but it is an architectural masterpiece to marvel at.

The Viceroy of India, Lord Curzon, had a vision – wanted to create a spectacular town hall for the city. In the year 1904 the foundation for this breathtaking building was laid, but due to the partitioning of Bengal, the Curzon Hall became Dhaka College in 1911. It took up its position as part of the science division of the Dhaka University in 1921. The hall was also the scene of the student uprising against the language policy that Mohammed Ali Jinnah tried to impose.

When examining the structure of the Curzon Hall, it is easy to see why most believe it is one of the prime examples of architecture in the city. It is a unique combination of Mughal and European designing styles and the traditional artistry of the time was made to blend exquisitely with the modern features. Visitors to Curzon Hall will therefore be able to view magnificent domes, stunning horse-show arches and cusped arches. The red coloring of the building is extremely unique considering that red sandstone was not used. It also features beautiful pavilions and breathtaking eaves.