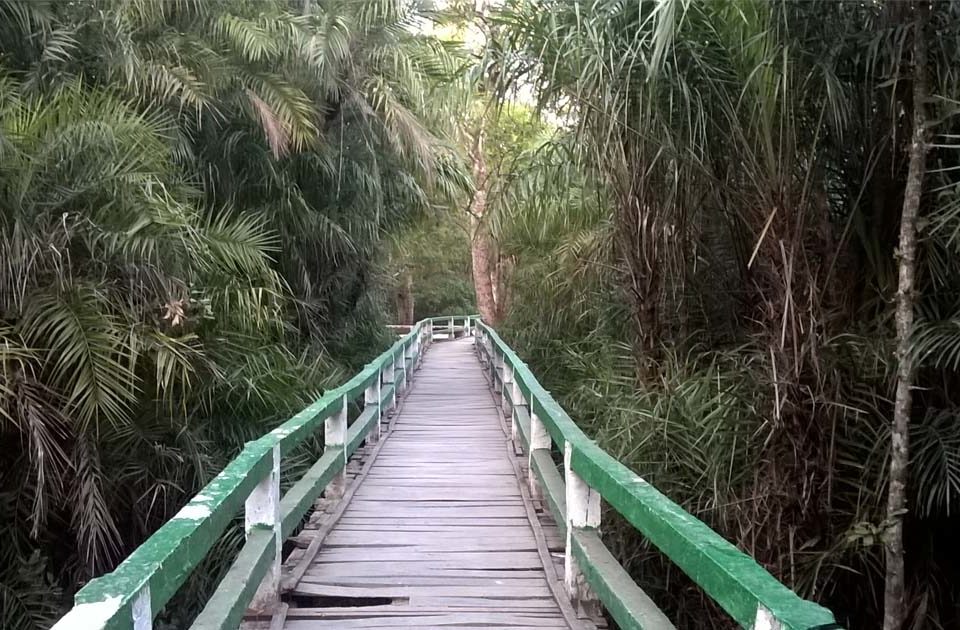 Karmajal is one of the wonderful visiting place in sundarban. To appreciate and to view the most
precious species of Bangladesh’s wildlife, thousands of visitors make their way to Karamjol, a
ranger station deep in the forest that also serves as a deer-breeding center. Bangladesh has some
exquisite wildlife species that are unique to the country, and Karamjol is one of the gateways to
the majestic wildlife sanctuary, Sundarban.
Visitors who are interested in catching a glimpse of the breathtaking wildlife of Bangladesh at
Karamjol and Sundarban must first gain permission from the Forest Officer before entering the
forest, and vaccines against Cholera must be taken before leaving for Karamjol. Other
recommended items for the trip include dressing according to the tropical climate, comfortable
walking shoes or boots with rubber soles, sufficient drinking water, insect repellent, a medical
kit, anti-diarrhea medication and anit-malarial medication is also suggested.
From Karamjol, guided tours of the Sundarban Wildlife Sanctuary can be arranged. In the year
1966, the 38 500 square kilometers of Sundarban was declared a wildlife sanctuary and,
therefore, hunting in this area is strictly prohibited and illegal. The preservation and conservation
of rare and endangered species, such as the Royal Bengal Tigers, are the primary concern of this
national park. Sundarban is proud of the fact that they now have an estimated four hundred
Royal Bengal Tigers that live in peace within the sanctuary and the spotted deer population has
risen to approximately thirty thousand individuals.
Visitors will be able to feast their eyes on a vast range of mammal, insects, bird species (260
species), reptiles and fish (120 species). Wildlife enthusiast can look forward to viewing
Gangetic River Dophins, Salt-Water Crocodiles, deer, wild boar, ducks, sandpipers, moths,
monkeys, snakes, foxes and the ever elusive and graceful Royal Bengal Tiger. The tranquility of
the dense forests and peaceful waters transports visitors into a magical wildlife kingdom.
Karamjol and the breathtaking natural world of the Sundarban Wildlife Sanctuary await the
adventurous traveler. To stand in one of the world’s biggest mangrove belts, the mysterious
forests and swamp land, and be amidst the picturesque jungle of Bangladesh, is an experience
that will remain forever embedded in the hearts of those who come to explore Bangladesh.