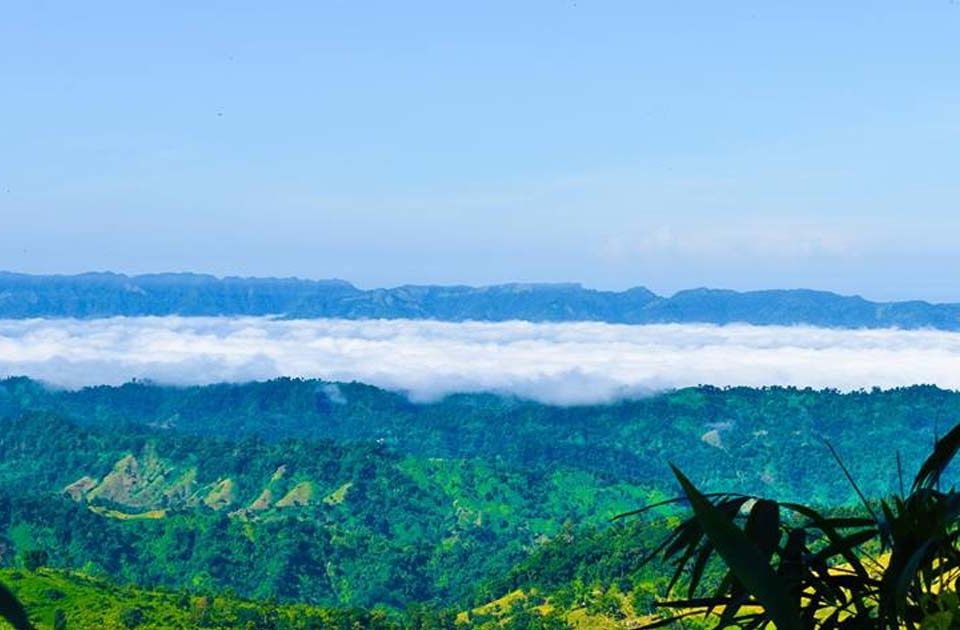 Keokradong is a peak located in Bandarban, Bangladesh, with an elevation of 986 metres (3,235 ft).[2] Some
sources claim it as the highest point of Bangladesh.
On the top of Keokradong there is a small shelter and a signboard put up by Bangladesh Army proclaiming the
elevation to be 967 metres (3,172 ft).
Sometime officially it claimed as the highest peak of Bangladesh. Official height of the peak is 1230 meter or 4035
feet. A stone put up on the top of the peak by the Bangladeshi military proclaiming the altitude to be 3172 feet.
Except the peaks that situated at the border or near to Border of Bangladesh, it might be the highest and 5th
highest peak among the all.

The peak is situated in Ruma Thana (Police Station) in Bandarban a district  situated in Hill Tracks of Bangladesh.
As the Hill Tracts is the heaven for Bangladeshi Trekker, most of the time this route become the first trekking
experience for Bangladeshi Trekkers. As a distinct peak over 2000 feet (660 meters)  can be counted as a mountain
peak, this is one of those few mountain peak of Bangladesh under that definition. This is one of the top peaks of
Bangladesh.