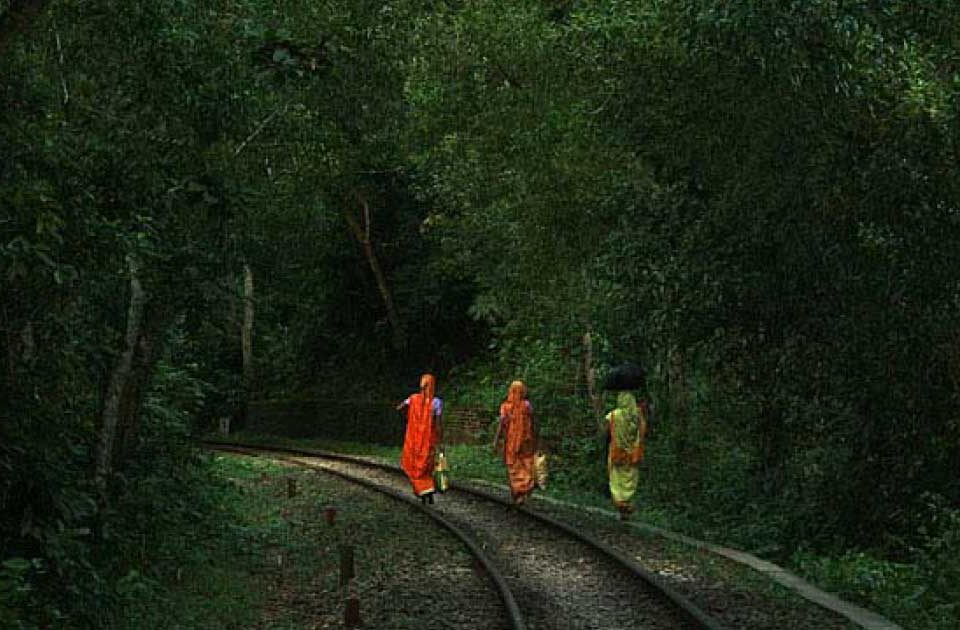 Lawachara National Park is the best studied and most visited protected area in Bangladesh. The park is located close to the town of Srimangal but within Kamalganj Upazila, Moulvibazar District in the northeast of the country. It comprises about half of the 2,740 ha West Bhanugach Reserved Forest. This Bangladeshi park is famous for its natural beauty with tropical and semi tropical forest. It became more known to all while “Around the World in 80 days.”  movie shoots here.

Lawachara National Park covers approximately 1,250 ha of semi-evergreen tropical forest. The land was declared a national park by the Bangladesh government on July 7, 1996 under the Wildlife Act of 1974. Mammals resident in the Lawachara National Park include the fascinating Bengal slow loris (Nycticebus bengalensis), a small primate with huge brown eyes, a characteristically round flat head, small ears and dense brown and beige fur. Unfortunately, these cute little creatures are targeted by poachers who sell them illegally as exotic pets.

They are also hunted for certain body parts which some cultures believe have medicinal properties. This has resulted in the Bengal slow loris being listed as vulnerable by the International Union for Conservation of Nature (IUCN). Lawachara is also home to the western hoolock gibbon (Hoolock hoolock), one of the top 25 most endangered primates in the world. Their numbers have dwindled drastically in the last decade as humans encroach on their habitat and they are hunted for food and body parts used in traditional medicines.

As the largest of the cat species, the tiger (Panthera tigris) can weigh more than 300 kgs and reach a total body length of up to 3.3m. Tigers are listed as endangered, also primarily due to loss of habitat and illegal poaching. The Bengal tiger is the national animal of Bangladesh. Other mammals found in Lawachara include capped langurs, golden jackals, Asian black bears, tigers, leopards, leopard cats, fishing cats, sambars, barking dear and wild pigs. Rare indigenous plant species found in Lawachara National Park include Alstonia scholaris, commonly known as the blackboard tree or milkwood pine; Bridelia retusa; Phyllanthus emblica also known as Indian gooseberry; and Cassia fistula also known as the golden shower
tree.

Visitors to the Lawachara National Park will no doubt appreciate the beauty and biodiversity of this scenic region of Bangladesh. Lawachara National Park is best known for the relative ease of seeing primates including four globally threatened species: Northern Pig-tailed Macaque, Phayre’s Leaf Monkey, Capped Langur, and the most important population in Bangladesh of Western Hoolock Gibbon, the only ape

found in Bangladesh. The forest is a popular destination for nature lovers and scientists, a wide range of forest birds are present from
Oriental Pied Hornbill and Kalij Pheasant down to six species of flowerpecker – Bangladesh’s smallest birds. Surveys continually find species new for the forest and several species are only known in Bangladesh from Lawachara. The micro-climate of tall forest trees, cool clean air,
and lush green seems a world away from the rest of Bangladesh.

Two villages of Khashia ethnic community are located inside
the forest. The largest, “Magurchara Punji”, is inhabited by 40 households and the other, “Lawachara Punji”, has 23 households. Surrounding
the NP are tea estates, and several villages including a Tipra community of 75 households. Ecotourism is rapidly developing in the area
through local guest houses and guides.