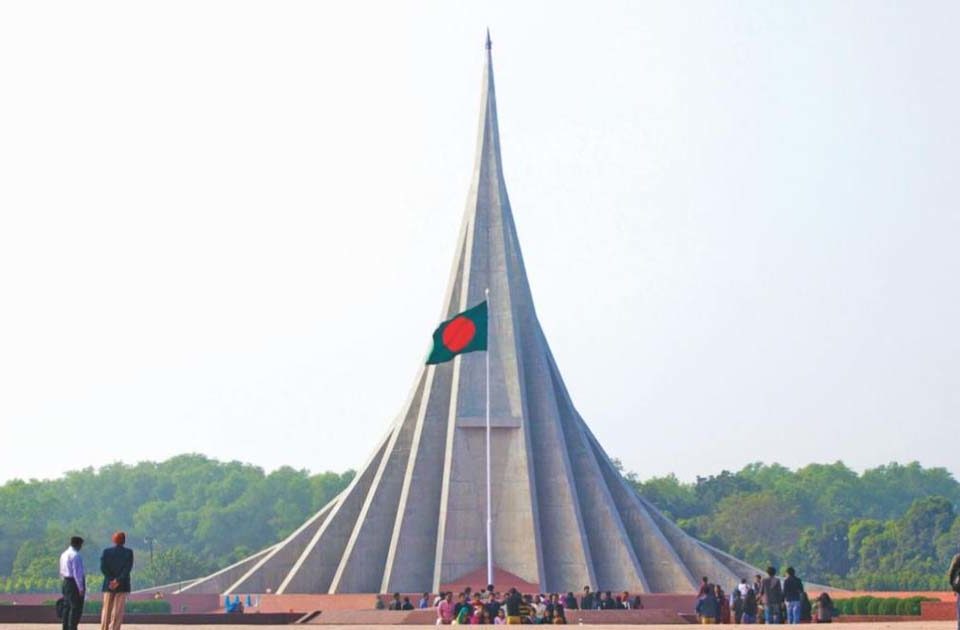 National Martyrs Memorial is the national monument of Bangladesh is the symbol in the memory of the valour and the sacrifice of all those who gave their lives in the Bangladesh Liberation War of 1971, which brought independence and separated Bangladesh from Pakistan. The monument is located in Savar, about 35 km north-west of the capital, Dhaka. It was designed by Syed Mainul Hossain.

Plans for the monument were initiated in 1976. Following the site selection, road and land development, a nation-wide design competition was held in June, 1978. Following evaluation of the 57 submissions, Syed Mainul Hossain’s design was chosen. The main structure and the artificial lake and other facilities were completed in 1982. It was Inaugurated at 16 December, 1982.

The whole complex is spread over an area of 34 hectares (84 acres) which is again wrapped around by a green belt of 10 hectares (24.7 acre). Several mass-graves and a reflection water body are placed in front of the monument. Once one enters the complex through the main gate he or she can see the monument axially but to reach it one has to walk through different ups and downs of pavements and cross an artificial lake by a bridge-all these represent the struggle for independence.

The monument is composed of 7 isosceles triangular pyramid shaped structures, with the middle one being the tallest. The highest point of the monument is 150 feet. There is an artificial lake, and several mass graves in front of the main monument. There is a Green house, PWD site office, VVIP and VIP waiting room inside the area.