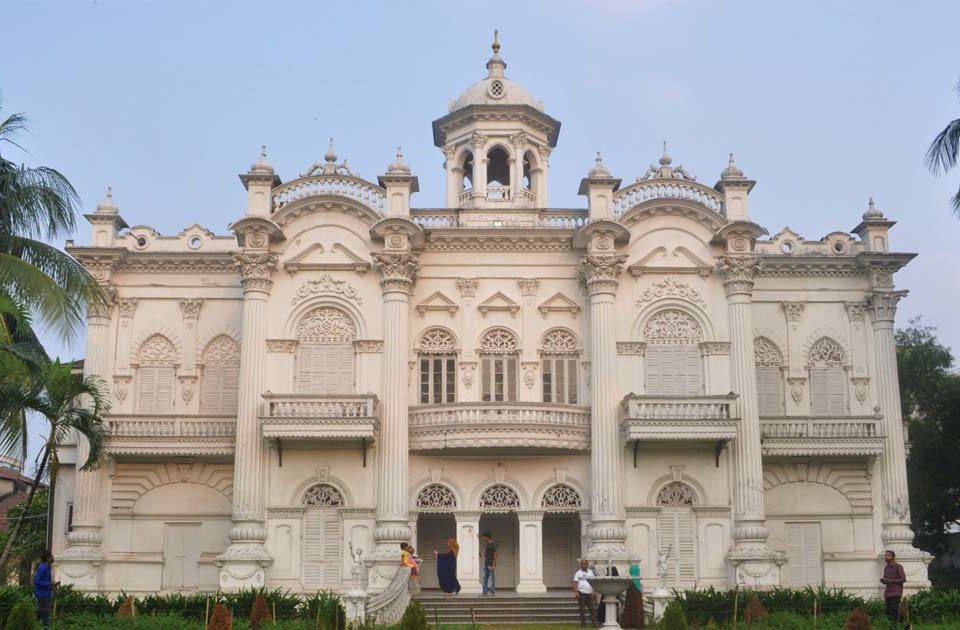 Rose Garden Palace is a prominent building and garden in Tikatully of Old Dhaka, Bangladesh. It was originally built for Hrikesh Das the Hindu Zaminder of Dhaka as a pleasure lodge. It is currently owned by Khan Bahadur Kazi Family. It is undergoing renovation and retains landmark status in Bangladesh. It is popularly known as “ROSE GARDEN” & “Humayun Shaheber Bari”.

The garden is located at the end of K.M. Das Lane of Tikatuli near Motijheel area. This

The building has Corinthian columns and has eight apartments including a central hall on its ground floor. The upper floor has a further five apartments including a large dance hall in the middle. In the front yard, there was a fountain originally, the structure of which still remains. There are several classical marble statues in the garden, although the rosegarden that gave the mansion its name does not exist anymore.

The lodge contains on the ground floor eight apartments including a central hall whilst the upper floor has a further five apartments including a large dance hall measuring in the middle. At the back of the building to the east there is a veranda triple-arched entrance porch which leads to a staircase for the upper storey. Originally there was an ornamental fountain in the garden and a number of classical marble statue.

It is a registered heritage property of Bangladesh now.

“The Rose Garden is historically valuable because the Awami League, one of the oldest political parties in the sub-continent, was born there on June 23, 1949,”  PM Hasina said.