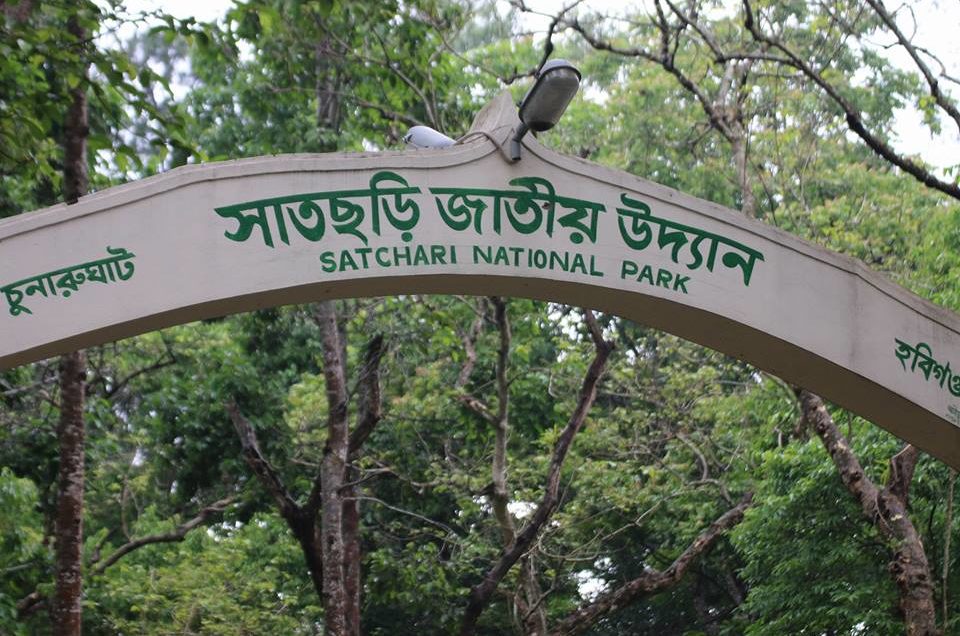 Satchari National Park (SNP) was established in 2005 with an area of 243 hectares. This small Park is located in Raghunandan hill reserve forest, in
Paikpara Union of Chunarughat Upazilla, Habiganj District. “Satchari” is a Bangla word meaning ‘Seven Streams’ and the Park takes its name after
the seven streams flowing inside the forest. These streams provide water for wildlife and are an important part of the ecosystem of the park,
fossilized tree branches can be found among their sandy beds in the dry season.

A tipra ethnic village inhabited by 24 families is located within the National Park. Peaceful Tipra para is a jewel of the Park. This community for long
sustained themselves from the forest, with co-management several tipra youths now earn a living as tourist guides, and other families have
diversified their professions.