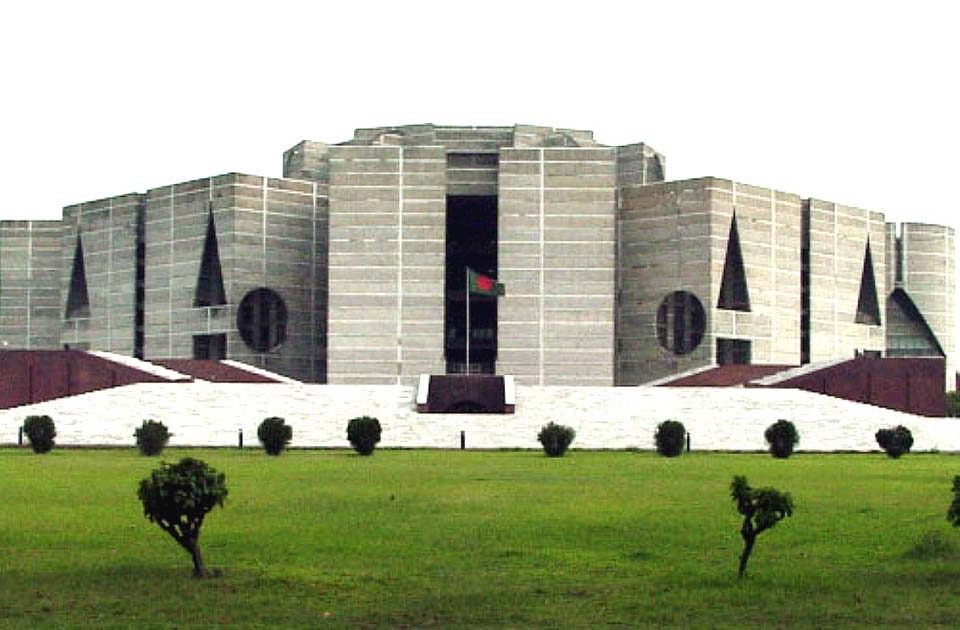 The Sangsad Bhaban (Parliament House) at Sher-e-Bangla Nagar in Dhaka is a wonder of modern architecture and technology. It is one of the largest and most spectacular parliament buildings in the world. Originally designed by the famous American architect Louis I Kahn, this 155 feet high 9-storey building is surrounded by an artificial lake called the Crescent Lake. The main section is hidden behind a strong outer covering with circular and triangular openings.
The structure has 1605 doors, 335 windows, 365 ventilators and corridors totaling to a bewildering length of 41.6 kilometers. One could easily get lost in these deceptive corridors. The house has 354 seats for MPs, 56 for guests, 40 for journalists and 430 for spectators. It has also three party rooms, in each 153 people can seat. The whole place is air-conditioned and includes all modern amenities. Although construction work on this structure started in 1964, it was finally inaugurated in 1982 and the first parliamentary session was held on 15th February the same year. Being a highly complex structure, its annual maintenance cost is about 50 million taka. This is truly a wonder for a poor country like Bangladesh.