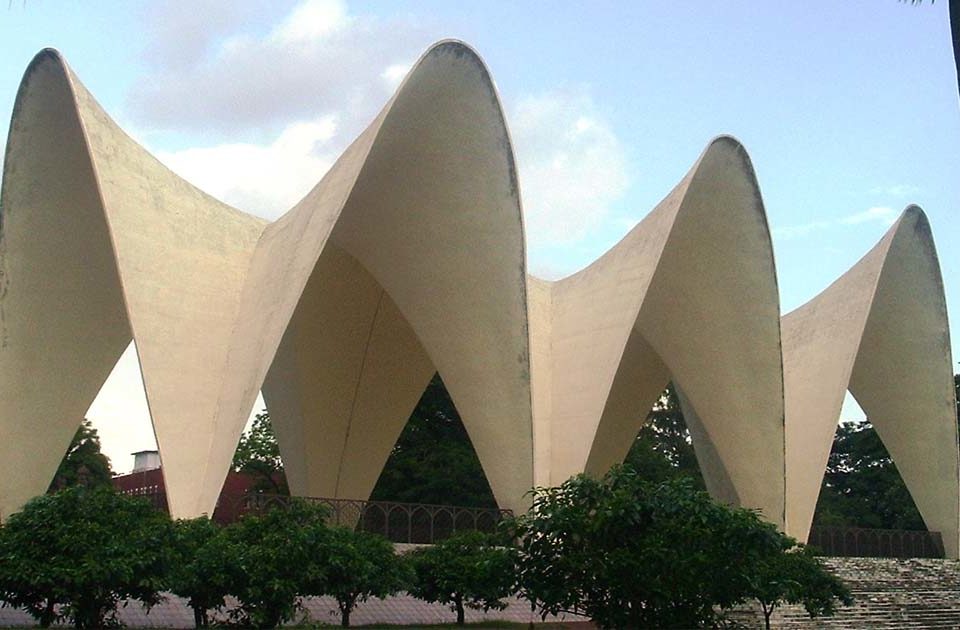 Suhrawardy Udyan formerly known as Ramna Race Course ground is a national memorial located in Dhaka, Bangladesh. It is named after Huseyn Shaheed Suhrawardy. Originally it served as the military club of the British soldiers stationed in Dhaka. It was then called the Ramna Race Course and later Ramna Gymkhana. After the end of colonial rule, the place – sometimes referred to as Dhaka Race Course – was used for legal horse racing on Sundays.

Swadhinata Stambha or Independence Monument is a national monument in Bangladesh to commemorate the historical events that took place in the Suhrawardy Udyan, regarding the Liberation War of Bangladesh.

The place is also etched in history as it was here that Sheikh Mujibur Rahman made his historic “This time the struggle is for our freedom” speech that inspired Bengalis to prepare for the freedom struggle. The original Flag of Bangladesh was also hoisted here for the second time since it was first unfurled at the University of Dhaka and the first time it was flown at such a large public gathering in Bangladesh. It was also the site of the centuries old Ramna Kali Mandir, a Hindu temple and Dhaka landmark that was razed to the ground by the Pakistan Army on March 27th, 1971 in a massacre that led to the death of over 100 people.